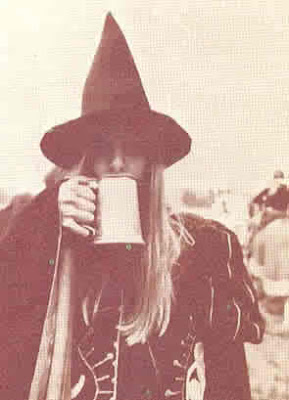 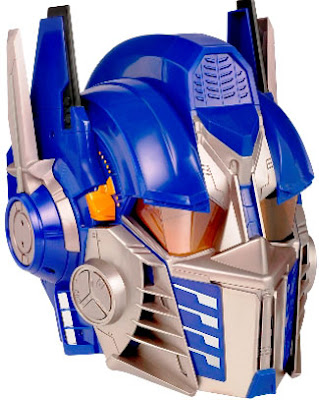 I am honored tonight to have a special co-host in the incomparable Bran Merritt!!

Utopia – Overture: Mountaintop And Communion With the Sun

Genesis – Watcher of the Skies

Genesis – Dance of the Volcano

Posted by Teacher Preacher at 4:51 PM No comments:

Teacher on the Radio is in today's Herald-Citizen with a review of Angels in America.

Special to the HERALD-CITIZEN

COOKEVILLE -- The frank topics addressed in Tony Kushner's "Angels in America" are matched by the play's ambitious, ambiguous and ultimately hopeful messages.

The Tech Players' version of this epic play is currently in production at the Backdoor Playhouse.

At first, a play so complex and controversial seems like an odd fit for Cookeville. But with a compassionate group of actors committed to an inspired interpretation of Kushner's material, the 1980s New York where most of the show takes place suddenly seems incredibly close to Tennessee.

Confronting issues such as gays, Republicans and gay Republicans, the play hilariously combines fantasy and reality, politics and pop culture, spirituality and sexuality.

The show centers on the troubles faced by two couples, made difficult by overlapping plot lines.

Amy Byrne amazes as the hazily confused "Harper Pitt." Evan Montgomery moves us as Harper's husband, "Joe Pitt," a conflicted soul who eloquently grapples with his homosexuality and a Mormon training that denies it.

In his version of "Louis Ironson," Matthew Feliss fosters an emotionally complicated portrait of how one man faces the fear that he will lose his lover to AIDS. Purposeful and profound, proud yet vulnerable, Jimmy Rose's "Prior Walter" confronts the terror of an epidemic with humor, doubt and love.

The emotionally vast cast would not be complete without David Davidson's darkly chilling "Roy Cohn," Shane Langford's caustic "Belize," Lillian Rose Crouse's virtuoso performances as "Hannah Pitt" and so many others, or Jennifer Dotson-Creter's awesome "Angel."

Without a large auditorium or limitless production budget, the dynamic direction of Mark Harry Creter transcends the small size of the space, allowing audience members to confront their feelings.

Awed by emotional muscle and dramatic flare, many theater-goers discussed their anticipation of the play's Part Two this April, even as they departed the back of the Jere Whitson building, overwhelmed by a near-perfect Part One.

Andrew William Smith is an instructor of English at Tennessee Technological University.

Posted by Teacher Preacher at 3:14 PM No comments: 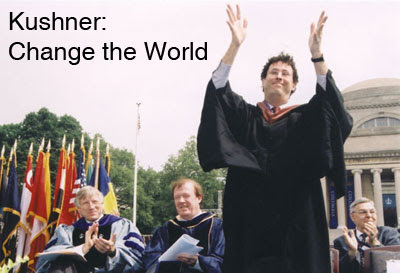 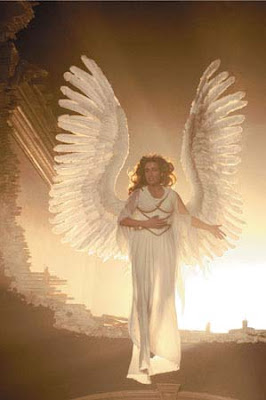 Electric Factory - Somewhere Over The Rainbow

Logos – Requiem / Land of the Free

Billie Holiday – What a Little Moonlight Can Do

Moby - Why Does My Heart Feel So Bad

Shortbus Soundtrack — In the End

Tori Amos – Somewhere Over The Rainbow

Posted by Teacher Preacher at 5:19 PM No comments: 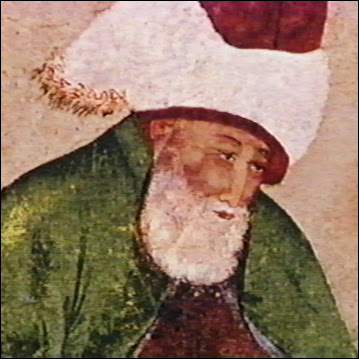 Rilo Kiley – Give a Little Love

Iron and Wine – Love And Some Verses

Wilco – I’m the Man Who Loves You

Sting – Love is the 7th Wave

Dub Gabriel – Rumi Go Through Me

(The album is called Vision 2- Spirit of Rumi)

Graeme Revell – Seek in Your Heart

Graeme Revell – The Breath (The Color of Dying)

Demi - Do You Love Me

Deepak Chopra and Adam Plack - Come To Me

Deepak Chopra and Adam Plack - The Alchemy Of Love

Martin Sheen - Caught In The Fire Of Love

Robert John Burke - I Am Yours

Blythe Donner - Behind The Scenes

Jared Harris - Looking For Your Face

Goldie Hawn - The Meaning Of Love

Jim Sturgess - All My Loving

Posted by Teacher Preacher at 7:06 PM No comments:

Bruce Springsteen – Born in the U.S.A

Bruce Springsteen – Livin In The Future

Billy Bragg – There Is Power in a Union

Billy Bragg – Help Save the Youth of America

Ben Harper – Gather Round the Stone

U2 – The Joshua Tree

U2 – City of Blinding Lights

The Alram – Blaze of Glory

The Waterboys – This Is the Sea

Posted by Teacher Preacher at 4:13 PM No comments:

This fourth show of Teacher On The Radio for 2008 has its roots in the 1980s, a time when I embraced the anthems of rock in all their aspects. The bands I loved then proffered enormous hopes on the edge of even larger sounds. With so many old school outpourings in an aptitude for awesomeness, this setlist tonight takes a page from my past but pushes to the future.

In particular, I decided to air this program on the eve of Super Tuesday. I realize that these are the kinds of songs that candidates love and that get stolen by politicians prepping another stump speech. The history of rock anthems is highly commercial and appropriately contaminated by images of fans waving fists to a Queen song like “We Are the Champions” being blared a sporting event. For me, I look at a particular kind of anthem that holds a spiritual side and socially conscious kernel.

On the eve of Mardi Gras, on the eve of the day when 22 states vote, I am reviving the visionary side of grandiose rock and roll that rocked my world when I was 15, 16, 17 years of age. And I got the idea of how to do this show just a few weeks ago. Early in 2008, I was watching a campaign event on YouTube. (And frankly, it would be shameful to admit how much YouTube I’ve watched lately).

The lights went dark. A song began to fill the room. Even though the music was recorded and merely being piped through the PA system, it conjured the emotions of the opening song at a rock and roll show. I know the song poignantly and painfully well. “City of ” by U2 crammed the airspace and coddled the crowd. Yes, the people went wild while an idealistic young politician from took the stage.

Let me be clear: in my deejay hat and teacher hat and journalist’s hat, I’m in no place to endorse any politician, left or right. Moreover, as Little Steven sang in a tune that’s been covered by many including Jam, “I believe in one party, and it’s name is freedom.” Taking it even further, I believe what the comedian Bill Hicks said and the band the Layabouts sang, and I am paraphrasing here to keep it clean: “All governments lie.” As much as I love the art of rhetoric fused with the possibility of community self-rule, my personal relationship with democracy has always been tenuous, desiring revolution even as I am more than willing to work for and accept reform. These are problematic terms for even more problematic times.

But all that said, I want to keep it real. After eight frightening years of terror and war, I wonder what in the world I can do. We all face the waxing realization that economic meltdown and icecaps melting might end life as we know it. Something entirely different is required to get us inspired and out of the mire. Tomorrow, we vote. Tomorrow, everyone of us gets to choose.

As cynical as some can get about politics, are we really choosing to live outside the system to the extent possible or just embracing apathy because that seems like the easy way out? We have the right to vote, and this is a freedom I will claim. We have to decide. Just by confessing in public the private choice I made in the early voting booth, I must make clear that this is not an endorsement. I would much rather everyone did their own research and made their own decisions. Check out the Tennessee Tech student newspaper, where an editorial writer and self-proclaimed Dennis Kucinich supporter admitted that he switched parties for Super Tuesday and threw his support behind Ron Paul. But I decided differently, and I think you might agree that I made the correct choice.

There’s a long quote from professor, activist, and author Cornel West that reflects my sympathies, and I share it here. It certainly contains ideas shared by one of this year’s contenders:

“Last, but not least, there is a need for audacious hope. And it’s not optimism. I’m in no way an optimist. I’ve been black in for 39 years. No ground for optimism here, given the progress and regress and three steps forward and four steps backward. Optimism is a notion that there’s sufficient evidence that would allow us to infer that if we keep doing what we’re doing, things will get better. I don’t believe that. I’m a prisoner of hope, that’s something else. Cutting against the grain, against the evidence. William James said it so well in that grand and masterful essay of his of 1879 called ‘The Sentiment of Rationality,’ where he talked about faith being the courage to act when doubt is warranted. And tha’'s what I'm talking about.

Of course I come from a tradition, a black church tradition, in which we defined faith as stepping out on nothing and landing on something. That's the history of black folk in this country. Hope against hope. And yet still trying to sustain the notion that we world-weary and tired peoples, all peoples in this society, can be energized and galvanized around causes and principles and ideals that are bigger than us, that can appeal to the better angels of our nature, so that we, in fact, can reach the conclusion that the world is incomplete—that history is unfinished, that the future is open-ended, that what we think and what we do does make a difference.”

Posted by Teacher Preacher at 3:43 PM No comments:

Teacher On The Radio Field Trip 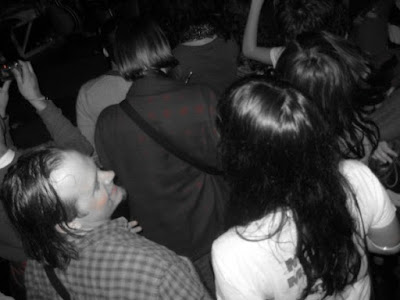 We attended and reviewed this Band of Horses show!!! Special thanks to SubPop records.

Can you spot the teacher in this photo by Stuart Sloane?
Posted by Teacher Preacher at 5:47 PM No comments:

College & community radio since 2007. Podcasts, reviews, rants as well. Currently on sabbatical from live radio due to Covid concerns.