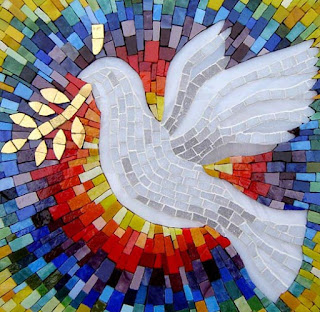 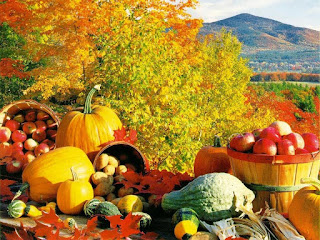 In anticipation of the Thanksgiving holiday back in 2009, I adopted the theme “Grub & Gratitude” for a late November radio program.

As always, holidays can be stressful or controversial, but for this musical journey, I decided to avoid some of the social, historical, or political aspects associated with the problematic relationship between the so-named pilgrims & so-called Indians.

Even food & friendship can be examined with a cultural lens, but it is food & family & friendship that this mix celebrates. Hopefully my notes will add thematic insight while the playlist offers auditory delight.

With “Hey, Good Lookin'” and “Jambalaya (On The Bayou),” Hank Williams offers up the invocation of number one songs from the early 1950s, immediately followed by Doc Watson's “Keep My Skillet Good And Greasy.” These tracks are comfort food for the ears. Immediately, we're reminded that the verb “cookin” has carnal as well as culinary implications, so the love has many dimensions. In classic folk, country, or blues, the poetics of the kitchen inevitably invite romantic antics in the bedroom.

With the Watson number, the allusions resist the subtle, & the adjectives approach the amorous or scandalous suggestions of the song; surely, some would read this to be as sexist as any modern day hip hop misogyny.

At the same time, these tracks set a regional mood rooted in the south where food & family connect to community, where the physicality of blues/folk/rock/country/pop are forever in tension with the spirituality of gospel music. Watson hailed from North Carolina and Williams from Alabama, with the latter dying before he turned 30—on the road from Knoxville, Tennessee, with the requisite mystery & morphine to add to the myth.

The B-52s – Cake
As we enter the season of “Dessert First,” this party of a song was suggested for this playlist by a Tech colleague. Take what we learned about baking innuendo from Doc Watson & put it in the able vocalization of singers Cindy Wilson & Kate Pierson, & we’re sure to have some icing on the pineapple upside-down cake, chocolate devil's food cake, an angel cake.

Louis Jordan – Beans and Cornbread
When I first moved to the south in the middle of the last decade of the last century, one of the first skills I learned was how to make cornbread; later I learned that my cornbread is considered cake by some of the locals.

A few secrets I’ve learned over the last decade of my cornbread career include making it in a cast-iron pan, preheating the pan in the oven & melting real butter in the pan while I prepare the batter, & being generous with baking powder & organic sugar in the recipe. The preheated butter helps form the perfect golden crust on the cornbread & the extra pinches of sugar & baking powder keep the cornbread fluffy.

Hailing from Arkansas, known as “King of the Jukebox,” & having once played in a band called Rabbit Foot Minstrels, Louis Jordan was one of the most popular African-American musicians of the twentieth century. “Beans and Cornbread” was recorded in 1949.

Don Cherry – Brown Rice
Avant-garde jazz musician Don Cherry was a contemporary of John Coltrane’s, & this track comes from 1975. It’s about as “out there” as this mix gets.

Booker T & The MG's – Burnt Biscuits
Booker T & The MG's – Red Beans And Rice
Keeping us fueled with funk, Booker T &  the MG’s make it magic with the infectious sound of Memphis soul. On the culinary tip, they keep it to the basic staples, just as their music was the staple at Stax Records in the 1960s.

Otis Grand – Cheese & Crackers
Carole King – Chicken Soup With Rice
This singable ditty about an always sippable delicacy was born as part of a made-for-TV special called Really Rosie from 1975—with ideas & lyrics by none other than Maurice Sendak.

Lyle Lovett – Church
My colleague, friend, & mentor Kurt Eisen added this to the playlist when I sought suggestions & requests on Facebook. My friend Justina seconded the nomination. After listening, I knew that this song had a lot of “something” for me—my kind of hymn to dance-in-the-aisles, wave-my-arms-in –a-testifyin’-of-way. To match the night’s lyrical theme, just check the lyrics:
To the Lord let praises be
It's time for dinner now let's go eat
We've got some beans and some good cornbread
And I listened to what the preacher said

Arlo Guthrie – Alice's Restaurant Massacre
I am not sure when I first heard Arlo Guthrie’s Thanksgiving classic or why its legendary blend of stand-up commentary has forever secured its place in pop-rock-cultural mythology. I did hear that when some radio stations play the song around this time of year, it’s not uncommon to cut the mix from its full 18-minute-form, leaving out some of the anti-war commentary.

Ryan Adams – Thank You Louise
My good musical friends & regular listeners to this program know how I feel about Ryan Adams (love him). These lyrics nail the mood I’ve sought for this show:
Mother of three
Waiting in the check-out line
The supermarket, Christmas time
She eyes someone who doesn't have the change
Takes a dollar from her purse
She pays and doesn't say a word
She winks and grins and ‘Merry Christmas, friend!'
Thank you Louise

Dan Fogelberg – Illinois
While I remember listening to the light rock of Dan Fogelberg in middle school, I don’t think I ever heard this song. A friend from Chattanooga suggested it for the lyrics: “I may miss the harvest, but I won't miss the feast.”

Natalie Merchant – Kind And Generous
In the 1980s, I was mad for 10,000 Maniacs, logging “Almost Famous” fanboy memories about Natalie Merchant as I did with Maria McKee, even more memorable, personal, & vivid than when I followed REM &  U2. While not as familiar with her later solo work, this song embodies the mood of gratitude with so much sweetness, intimacy, & grace.

Foscoe Jones – Thanksgiving
I’d never heard of Foscoe Jones of Austin, Texas before compiling this mix, but this song grabbed me among many with the title “Thanksgiving” as perfect for tonight’s mix—perhaps because of what I perceive as its sundry, ironic, bittersweet emotions about family, about America, about everything.

John Mellencamp – Thank You
Of all the populist, rust-belt anthemic Americana singers to emerge from the Reagan & Bush years, to endure through the Clinton & Bush II years, to still be with us with choruses as wide & cheap & believable as biblical metaphors ready-made for American car commercials, John Mellencamp can still make the hair on your arms tingle. Mellencamp can be the man, never as revered by the rock intelligentsia as Springsteen but still kicking it anyways.

My Morning Jacket – Thank You Too!
While not my favorite song from last year’s Evil Urges, the tender & heartfelt “Thank You Too!” is one Jim James’ best ventures into softer rock balladry.

Sly & The Family Stone – Thank You (Falettinme Be Mice Elf Agin)
Who doesn’t want a little Sly Stone? This song says it all!

Pistol Pete & Popgun Paul - Thanksgiving Day
One of the first Thanksgiving songs that I ever heard, the love & tenderness in this one gets me every time.

Sarah Vaughan – If Not For You
Led Zeppelin – Thank You
We all have many, many things to give thanks for in the world—just this life, just food to eat, just shelter over our heads, just something meaningful to do with our time. But love itself is perhaps the greatest thing we give thanks for, & these songs, one by Dylan interpreted by Sarah Vaughan, & the other by Led Zeppelin, really do this & do it well.

“If the only prayer you ever say in your entire life is thank you, it will be enough.”
(Meister Eckhart, 1260–1328, a German theologian, philosopher and mystic)
Posted by Teacher Preacher at 3:01 PM No comments:

I've been mixing music & making playlists for as long as I can remember. Before my first days as a DJ on 88.3 FM in Southfield, Michigan back in 1985, my family made mixtapes for long roadtrips, taking votes from each of the Smiths about which songs to include. Even as a preteen, I was obsessed with consuming music, buying albums, & making amateur mixes with my mock radio commentary recorded on one of those hand-held cassette players with the built-in microphone.

All semester, I've dreamed of designing the “Annotated Playlist” assignment as an alternative (or addition) to the reflective letter required of writers to be included with their Final Portfolios in English 1010 or English 1020. To teach this idea, I've decided to annotate a playlist of my own, in this case the songs planned for the sixty-sixth edition of the Teacher On The Radio program, which airs each Monday night on 88.5 FM in Cookeville, Tennessee.

Posted by Teacher Preacher at 3:00 PM No comments: 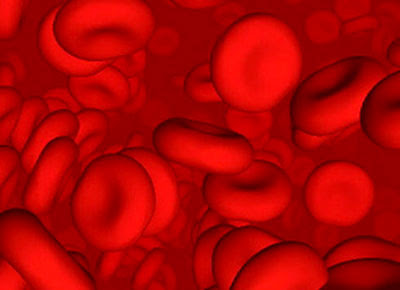 Slightly Stoopid – Blood of My Blood

Queens Of The Stone Age – The Blood Is Love

Death Cab For Cutie – Meet Me On The Equinox

Editors – No Sound But The Wind

Jars of Clay – Nothing But the Blood

Coldplay – A Rush Of Blood To The Head

Posted by Teacher Preacher at 6:31 PM No comments: 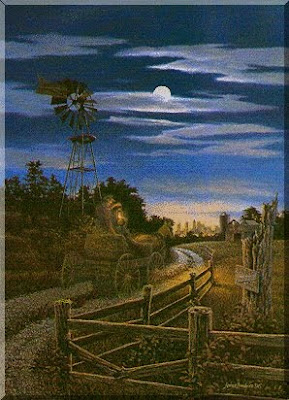 U2 – Sixty Seconds in Kingdom Come

The Dynamites and Charles Walker – Do The Right Thing

The Dynamites and Charles Walker – Can’t Have Enough

The Dynamites and Charles Walker –The Real Deal

Rickie Lee Jones – The Gospel of Carlos, Norman and Smith

The Flaming Lips – I Can Be A Frog

The Rural Alberta Advantage – In the Summertime

R.E.M. – Harborcoat [Live At The Olympia]

Posted by Teacher Preacher at 3:19 PM No comments: 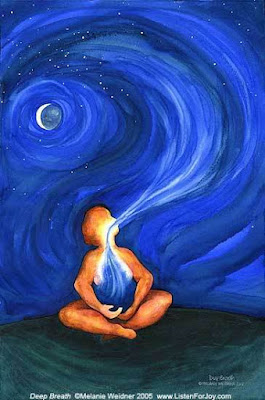 Pink Floyd - Speak To Me / Breathe

The Police - Every Breath You Take

Pearl Jam - Breath And A Scream

Jimmy Buffett - Breathe In, Breathe Out, Move On

Mat - Breathe In Breathe Out

Sarah Brightman - You Take My Breath Away

k.d. lang - The Air That I Breathe

Posted by Teacher Preacher at 6:07 PM No comments: