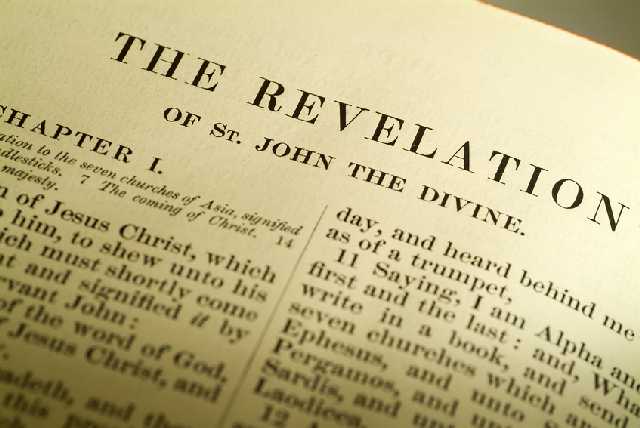 Posted by Teacher Preacher at 5:31 PM No comments:

Alison Krauss “Down To The River To Pray”
The Alison Krauss version of the traditional medicinal now iconic, this song is an invitation to the holy waters of baptism, best done when we get clean in the dirty waters of a local creek. This song signifies what I call the ‘O Brother’ effect when the Coen brothers 2000 film turned all our hearts to the deep American river of Appalachian roots music and religion, the comedy and mythos of the movie notwithstanding. This is our ‘invocation’ and ‘call’ to study the intersection of popular music and religion in the United States.

Madonna “Ray of Light”
An exuberant singalong dance number that brings this 1980s star into the next century, this song reminds that we all know the light means something spiritual. In the live version performed at Live 8 in 2005, Madonna and her entire backing ensemble are all wearing white, like the robed sinners on their way to baptism in the movie scene where I first discovered the previous track. Madonna much like Marvin Gaye has done much to entice Americans to explore difficult tangles at the place where the sexual and spiritual, the ethereal and erotic meet, but most of all, this track is pure pop gospel as evidenced in the lyric: “She's got herself a little piece of heaven/Waiting for the time when earth shall be as one/And I feel like I just got home.” Even the performer’s stage name demands we reckon with the divine feminine and the divine within.

Norman Greenbaum “Spirit in the Sky”
Did your hippy grandparents get saved listening to this swirling psychedelic 1969 pop rock-meets-gospel-revival that would become the Jesus People? Some might be surprised that this big hit is brought to us by an observant Jew who was raised in an orthodox household. Greenbaum’s grooves would later be matched by the Doobie Brothers on “Jesus is Just Alright” for radio-friendly hints of the gospel amid the sensations of secular hope and hedonism that defined the 60s and 70s sounds.

Queen Latifah “Oh Happy Day”
The Queen is holding court as this dynamic actress, R&B singer, and MC renders this Easter classic a truly bodily resurrection, supercharging the track with the smoky charisma of her supernatural sensual side.

Stevie Wonder “Jesus Children of America”
Generally placed in the Motown tradition, Stevie Wonder is a genre all his own. The musical genius is responsible for every sound on this song’s sonic funkfest of holy fusion:  lead vocal, background vocal, Fender Rhodes, Hohner clavinet, handclaps, tambourine, handclapping, drums, Moog bass. Wonder’s lyrics connect compassionate mother Mary with transcendental meditation or the junky’s obsession with Christ’s sacrifice for salvation. Released in 1973, this track captures the old school churchy aspects of the Jesus revival in conversation with the drugs and New Age ideals mingling in the air.

For my interfaith hip hop set, we go on a whirlwind tour including Christian (Lecrae), Muslim (Rakim), and Jewish (Matisyahu) rappers, along with MC Yogi, who is the feel-good, interfaith yoga MC. He had a rough life transformed by Yoga practice. Chance lays such dynamic and divine-dense head-flipping, knowledge-sipping goodness, it shows why hip-hop is the perfect medium for laypersons turned MC preacher-philosophers.

For our first kirtan set, we turn to Krishna Das, a leader in the genre, and the kirtan Rabbi chanting the traditional Jewish “shema,” meaning: “Hear, O Israel: the LORD our God, the LORD is one.” Kirtan is a call-and-response musical chant genre, with repetitive vocals and instruments like harmonium, the veena or ektara (forms of string instruments), the tabla (one-sided drums), the mrdanga or pakhawaj (two-sided drum), flute (forms of woodwind instruments), and karatalas or talas (cymbals). Kirtan gets categorized as a New Age musical genre and attracts people on blended paths. It’s current forms are recent developments but roots are in Yoga, Hinduism, and Krishna Consciousness. Celtic Christian and Jewish kirtan are emerging. I really like the description provided by Nashville kirtan artist Amy Barnes on her website here: http://amybarnesyoga.com/kirtan/

Kirtan Rabbi - Shema
Krishna Das - Hara Hara Mahaadeva
Paul Simon - Spirit Voices
Originally a superstar with Simon and Garfunkel, Paul Simon has delivered quite the electrifying career as a solo artist. A line from this track -- “Some stories are magical, meant to be sung” -- could be a defining line for this whole playlist and foray into interfaith musical mecca. Back when Simon’s stunning Graceland first came out with the great help of African musicians such as Ladysmith Black Mambazo, I was first introduced to the concept of “cultural appropriation,” or, inappropriate borrowing from marginalized cultures by dominant cultures in offensive, and at times, profiteering ways. Although there are truly exploitative and egregious manifestations of this, the idea itself is a recent invention, and the attempt to “copyright” a musical idea or fashion expression as the exclusive property of an ethnic or religious group has problematic aspects as well.  Point being: be sensitive, give credit, and don’t be a total jerk by stealing another culture’s or someone else’s idea or by morally condemning those who do share in truly communal and collaborative ways.

Aaron Neville - Gotta Serve Somebody
Taking the most influential and inspiring track at the top of Bob Dylan’s “born-again Jesus phase,” Aaron Neville gives the track a remarkable treatment as New Orleans gospel. The lyrics to this song describe a defining moment in any spiritual seeker’s life, when the existential rubber meets the road of cosmic reality, and the seeker must decide who is God and who is not.

Sister Rosetta Tharpe - Come By Here
When I think about the intersection of the blues and gospel, I think about Sister Rosetta Tharpe. She fuses these genres with her deep throaty singing and acid-rock worthy axe-slinging. There’s a version of “Up Above My Head” on YouTube that is Jimi Hendrix backed by a choir, except the Sister is Hendrix, and the lead singer in the choir. Although many of you know this track as “Kum Ba Yah,” this iteration makes as much sense for our ears. I have taken it upon myself to chair the defense of “Kum Ba Yah” against all the cynical cliches armed against it. This version has its own version of the lyrics that speak to the heart and Sister’s guitar, which speaks to the rest of the body.

Mahalia Jackson - This might be the most genuine black gospel track in the whole mix, and it is fitting because it is Mahalia’s version of “Go Tell It On The Mountain” that initiated my true love for black gospel many years ago. As you may or may not know, Jackson is depicted singing this song to Martin Luther King over the phone during the movie Selma. She also sang this song at MLK’s memorial in 1968. Sometimes when this song plays, tears are not optional.

There’s an actual John Coltrane church in San Francisco, and I have been there. The song “Love Supreme” is legendary in jazz, and in the liner notes, it testifies to God and spiritual awakening, to Coltrane’s overcoming of heroin and alcohol addiction. Alice Coltrane is John Coltrane’s widow, who after his death, studied under Swami Satchidinanda and Sathya Sai Baba. She established an ashram and pioneered the Kirtan chant genre, coupled with cosmic free jazz.

Rev. Yolanda - Interfaith is Just Alright
Rev. Yolanda is a gospel-kirtan trans-performer who holds church in a bar in New York. Yolanda’s riffing on the Doobie Brothers classic “Jesus Is Just Alright” is a glorious celebration of peace and dialogue for persons of all faiths and no faiths. You just cannot help but sing along to this cosmic love song and learn from it. It should be an interfaith anthem, but it is an interspiritual hymn. Its theological claim of “sameness” may be too much to transcend the particularities of some faith practitioners.

Amy Barnes - Shiva Gospel
From a gospel singer doing kirtan, we conclude with a kirtan singer doing gospel. When we are in the zone of interfaith and musical jams, that’s just how we roll.

Posted by Teacher Preacher at 5:23 PM No comments: 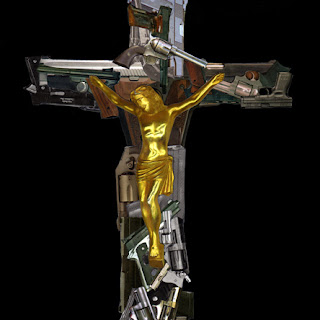 Posted by Teacher Preacher at 5:12 PM No comments: 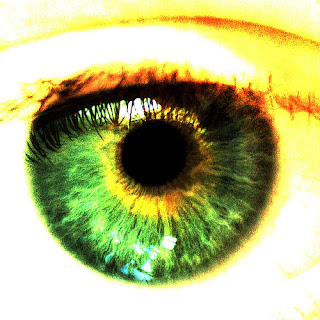 Posted by Teacher Preacher at 6:08 PM No comments: