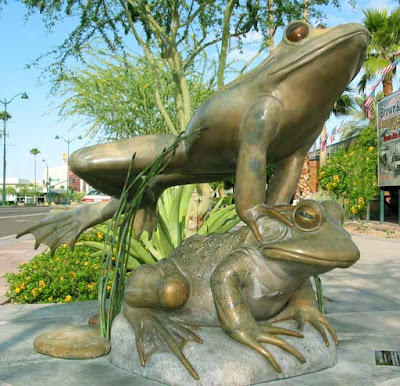 Lou Reed - Doin The Things That We Want To

Ella Fitzgerald - I Got The Spring Fever Blues

Tony Allen - Where The Streets Have No Name

Gospel Choir - Pride (In The Name Of Love)

- Jesus Of The Moon

The Layabouts - Ballad of Donna Lewis

Indigo Girls - Southland In The Springtime 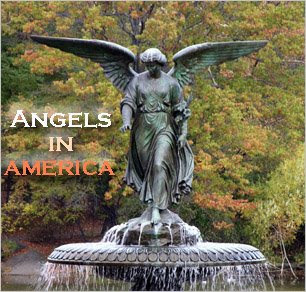 “I'm a firm believer in preaching to the converted.”—Tony Kushner

Home is where we hang our hats, and heaven hastens us to the backyard homeland—that’s a backyard constructed as a kind of Zen concept by a democratic socialist gay playwright called Tony Kushner.

My adopted hometown of has recently interpreted this play called Angels in America in its full seven hours of epic glory—that’s two parts, one performed in February and the second onstage now. I know the play is intense and challenging and weird, but why aren’t more of you there in the front row? If I am not preaching to the choir, I want to challenge you to go. Even if you missed part one, you can still appreciate the conclusion.

In this frightfully democratic and thoughtfully thorough theater, heaven looks like , and Hell might be a lawyers’ office. The only prophet left doesn’t particularly like the afterlife and thinks we should “sue the bastard” (the Almighty God, that is) for walking out on humanity.

Kushner’s timeless play pursues the particular brand of theology where the Creator creates and then leaves the rest to us. In this worldview, God is either just chillin’ in the clouds waiting for us to figure it out or at least a little too nelly for the local chapter of Rambo Reverends.

For the last three months, I have been meditating and reflecting and obsessing on this cultural moment at the Backdoor Playhouse. In fact, I’ve become a bit of an Angels in America groupie and faithful fan. I keep trying to maintain a critical distance on the production, but that’s a difficult thing. It embodies something huge and seductive and enduring in my chosen cultural and academic community. got zapped by gay art in the grand tradition of Walt Whitman and Allen Ginsberg—a sweet semen-drenched tradition where blowjob as beatitude and wet dream as dramatic vision never end and always begin again.

I imagine that director Mark Creter has experienced a pleasant marvel at the lack of protest, the dearth of riot, the simple blessing that nobody tried to burn the Playhouse down. But then again, the house has never been completely full. Actually, I’m afraid that some of “the usual suspects” just didn’t show up. People we expected to see in the front row claimed "too busy" to be bothered with this shameless blend of buggery and beauty, blessing and blasphemy.

Tony Kushner admits he does not mind “preaching to the choir.” But what about those for whom this choir is a sinful cadre of sadly misled comrades? But the people who attended and were so distraught by divine debauchery that they ran for the exit before the final curtain—at least these folks tried. Frankly, I know of people who regularly flea to or to get a shot of real culture and then suddenly ignore great art when placed under their noses. Please don’t hate me if you feel “called out” by this assessment (I used to be very guilty of this same problem before I discovered th cooler parts of Cookeville)—just get to this show before it closes on April 26th.

The fact that this particular art is particularly gay—even queer—shouldn’t shed any light on the silence—and if it does, this says volumes about how far we still need to go and grow. In a situation such as this, angry reactions are a disturbing but healthy response—unlike the deafening silence of those who have “no comment.”

Kushner has also said he’d rather not be anointed as “the prophet,” but his profound interpretation of apocalypse and anger, of hope and change, of visionary forgiveness—this is nothing if not prophetic in 2008.

What was timely in the early 1990s is now timeless in ways we cannot afford to ignore. We wanted to preach to the choir, but the choir was small. There were others not quite ready for “Amen,” but they got the message anyways.

The members of the cast interact as if family. The performances exceed stunning. Awed by this crazy, small-town avant-garde going awesomely angelic, I return again. One of the cast members called me out as a “frequent flyer”; not ashamed, I actually want to “get” this play—this profound, prescient presence in the basement of the building where I teach on Monday afternoons.

Easily, I could continue with another review of each cast member and the integrity and honesty and sexy hopeful humor that each of you bring to the tragedy that is ’s inability to deal with itself. But instead, I will end this love letter of reflection like this: thank you for allowing me to shamelessly recruit and publicize, to carefully urge and emphasize, to say without shame or regret the simple refrain of Kushner’s conclusion, “The Great Work Begins.”

Because even as Prior Walter and Tony Kushner reject being prophets, the power of their prophecy remains: we need a sweeter and softer and more sustainable democracy—not butch like Reagan and Bush, but lovingly brotherly like Whitman, Ginsberg, and Kushner. 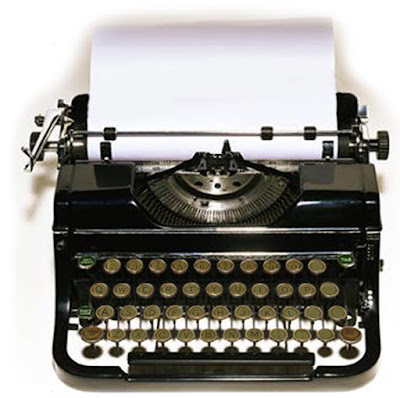 The Raconteurs - You Don’t Understand Me

The White Stripes - My Doorbell

The Greenhornes – I’ve Been Down

Chapter Three: “In For the Duration” (Co-host Zach Ludwig)

Pink Floyd - Another Brick In The Wall (Part 2)

U2 - Bullet the Blue Sky 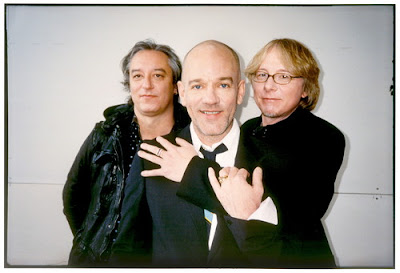 Miracle Fortress - Have You Seen In Your Dreams

Miracle Fortress - Hold Your Secrets To Your Heart

Throw Me the Statue - Conquering Kids 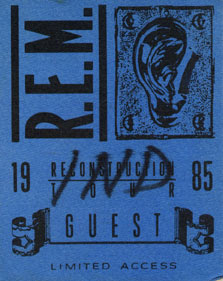 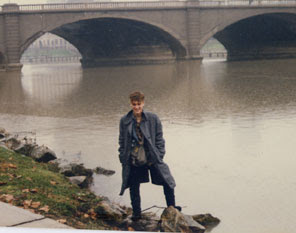 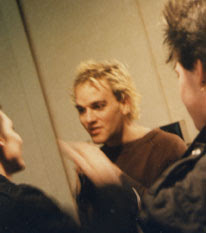 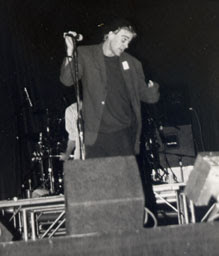 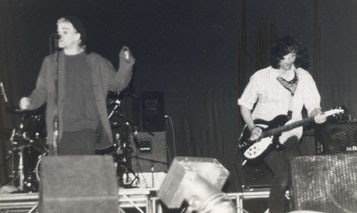 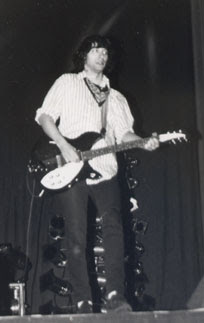 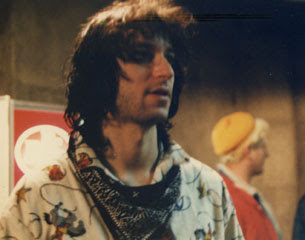 These are from a road trip to Columbus, Ohio and Indianapolis, Indiana in December 1985 to see REM with the Minutemen opening.

Yes, I skipped school to go (I was a senior at the time). Michael Stipe, Peter Buck, and me!
Posted by Teacher Preacher at 4:58 PM 1 comment: