TOTR 47: In the peaceful valley with Ryan Adams 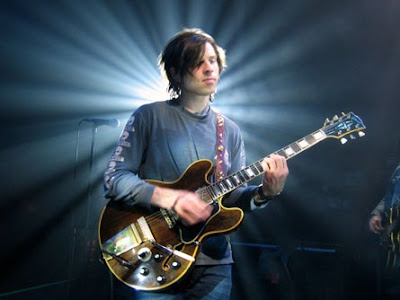 “Let Us Down Easy”: Last Rites for the Ryan Adams Fans? 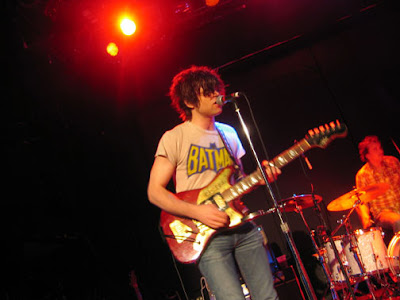 Being a Ryan Adams fan could keep you really busy in years like 2005 when the prolific prodigy released three full-length discs. But with a recent engagement to movie-star Mandy Moore and an alleged retirement from the Cardinals and rockstardom proper (due in part to serious issues with hearing loss), Ryan Adams just made being his devoted fan something sad and nostalgic and perhaps just a little bitter.

Call him self-centered, narcissistic, and tempestuously temper-tantrum unpredictable (many have called him worse), Ryan Adams remains an amazing musical and lyrical talent, and he’s just too young to hang it up. These recent developments in his “life-path” make me mad that I arrived at the party so late (I am sad to say this about too many great bands—too much music, too little time).

Back when Landin E. King—now my close friend and contributing editor at Interference.com—was my first-year writing student at Tennessee Tech, he gave me a home-made mix CD of Ryan’s work. This was already early 2007, and I confess to filing the disc away for “later listening.” When I finally unpacked the tunes, “Tennessee Sucks” sucker-punched my soul, and of course, I was hooked.

In fall 2007, during my first semester hosting the Teacher On The Radio program on WTTU in , we had Easy Tiger in high rotation, and of course, I met other Ryan Adams fans, including the host of the program that aired just before mine. After much effort, Murphy Caldwell and I were able to score guest-list for the sold-out, late October, Adams and Cardinals’ gig at ’s amazing War Memorial Auditorium. That night, I discovered why these “spacey sets of intoxicating indie-twang” garnered so many Grateful Dead comparisons.

I also to decided to side against the cynics and Ryan-haters, especially when it comes to the web-renowned meltdowns, writing then: “But let’s face history: from Van Gogh to Janis Joplin, the great artists have always been high maintenance. And after witnessing him on a good night, I have to say that Ryan Adams is worth it; it’s worth putting up with the bad nights to occasionally taste these ineffable tinges and twinges of brilliance.” Basically, my position was and is this: to call an artist self-indulgent is actually quite redundant and borders on the rude. Rock critics who don’t get this are jealous at best and downright stupid at worst.

Stop belittling Ryan etc.—or Bono and Kanye for that matter—for being themselves. Next comment, b%#@**s? On the Cardinals’ latest release, has been dissed (see Under the Radar), in part, from deviating in his catalog of influences, for moving from Jerry Garcia to Bono. So, if Cold Roses was his American Beauty, then Cardinology was his Achtung Baby or Joshua Tree.

While Rolling Stone praised this U2-referencing move as relevant, the always snarky and sometimes savvy Pitchfork suggested something even worse: “ really doesn't seem capable of imagining a world outside of himself anymore, and it's his greatest artistic downfall. His music rarely strives to connect or communicate with other people, and even at its best is exactly only as compelling as Adams himself is compelling.”

What is wrong here is that whether in art or film or music, the ad hominem attack always serves the same immature and overly-personal purpose, essentially saying: “No matter how great this music (or art or film, etc.) is, the dude who made it is a jerk.” With all due respect to the Pitchfork critic, who cares what rock critics (myself included) really think? We can see how “rock history” helped Elvis, John Lennon, and Robert Plant weather such bullshit, and I hope that the future will retroactively bless Bono, Kanye, and Ryan in the same fashion. We are listening to their records, people, not marrying them or taking them to the school dance! Pitchfork be damned, the precise reason I listen to Ryan Adams (or anyone for that matter) is because of how profoundly, how emotionally and spiritually, his songs connect with me.

Now, it’s not like the world is deprived due to a lack of Grateful Dead and U2 tribute bands, whether just copying faithfully or even parading as originals. Quite the contrary, entire scenes (upon scenes) have been built with “deadicated” derivations on the Dead and buttery bombasts of Bonoisms! (And to set the record clear, I am a hardcore-U2 fan and have been accused of being a Deadhead.) But the last several Ryan Adams records—while inhabiting a musical region that “gives props” to Garcia and Hewson—hardly sound like the knock-off that too many other artists are guilty of. Most recently, from “Magick” to “Cobwebs,” Cardinology is an addictive, awesome, and epic record because of its “classic rock” allusions (and delusions).

While I would like to refrain from saying that Mandy Moore is Ryan’s Yoko Ono (and this is only because I actually like Yoko Ono), the news reports about his engagement to Ms. Moore, about his hearing loss, and about his departure from the Cardinals do not have me celebrating. I don’t think it would be possible for a sheer presence like Ryan to “Let Us Down Easy,” so I am not proposing a toast to his recent decisions to disband the Cardinals, to get hitched, to semi-retire from rock.

At the same time, I want to be entirely clear that I am only trying to be as selfish as he is, and I am only a fan—a dreaded blogger at that. I only want more Ryan Adams records to inspire my desires like his records already do. Since he won’t be consulting the fan buzz anyway (the verdict is still out on what he really thinks of his fans) when it comes to marital and career decisions, what we think matters little.

While I cannot bless his latest moves, I can at least thank him for improving my life with his remarkable music. I can at least pledge to see his upcoming “farewell” shows in with hundreds of other Ryanistas—whatever the cost to us morally or monetarily.

Posted by Teacher Preacher at 2:19 PM No comments:

TOTR 46: "I Got Love For You"--Michael Franti Tribute Show! 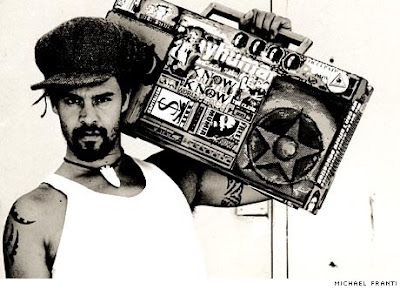 From the late 80s to the present: all songs by Michael Franti

Hole In The Bucket

Crime To Be Broke In America

Anybody Seen My Mind

Skin on the Drum

East to the West

I Got Love For You

Hey World [Dont Give Up Version]

The playlist for the "Groundhog" show is unavailable due to the work of the Save Our Schools Movement. Hopefully, we will get around to adding it soon!

Posted by Teacher Preacher at 6:41 AM No comments: