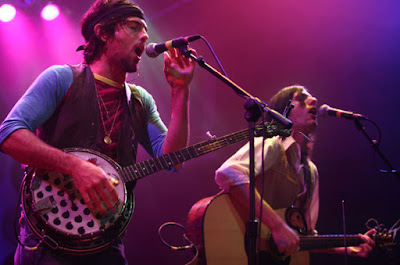 Emotionalism - Paranoia in B Major

Emotionalism - The Ballad Of Love And Hate

Mignonette - Nothing Short of Thankful

Jubilee - Me And God

Jubilee - Do You Love Him

Jubilee - Smoke In Our Lights

Country Was - Jenny and the Summer Day

The Second Gleam - The Greatest Sum

I and Love and You - January Wedding

I and Love and You - Head Full Of Full Of Promise

I and Love and You - The Perfect Space

I and Love and You - Ten Thousand Words

I and Love and You - Laundry Room

I and Love and You – I’ll With Want

I and Love and You - Tin Man

I and Love and You - It Goes On and On

I and Love and You - Incomplete and Insecure

Posted by Teacher Preacher at 6:37 PM No comments:

Feeling of Feeling: On Loving the Avett Brothers' New Record 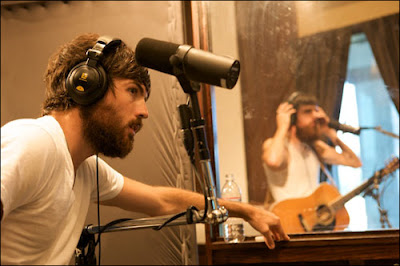 Contemporary music fans understand all too well the double-barreled blessing-and-curse of falling in love with a “buzz band.” On the one hand, many songs still singe under the skin in such soul-wrenching wonder that you’re sure the artist wrote them specifically for you. Then, on the other hand, when you hear the artist on the radio or hear someone superficially praising the band’s breadth and depth, you feel oddly betrayed, because you realize that the musical magic the tunes cast upon your entire being is doing a similarly alchemical number on the spirits of thousands of other fans across the world. This is the delightful dilemma of pop culture fandom in the internet age.
With the Avett Brothers of North Carolina, truth be told, I only caught the next-big-trendy wave with the tremendous new blockbuster of a breakout album, so my marvelously mixed feelings must stray far, far from the partisan loyalty of I-knew-them-when-die-hardery.
Apparently, the consensus among some of the oldcore leans toward a skeptical levity about the alleged overproduction found on the new disc.Any self-consciousness I might have about merely jumping onto the bandwagon late and succumbing to the buzz simply falls away when I listen to I and Love and You, the Rick Rubin-produced tour de force that dropped to the world at the end of September 2009.
From the first to the final of thirteen tracks, each song speaks to the contours of my heart, bares the burdens and shares the blessings of life’s tattered and tenacious spirit.Through an utterly gorgeous audio vortex of ageless vision, this instant classic carved timeless niches in my brain and across my body. With melodies like autumn smells and lyrics of earnest wisdom, the Avetts invoke life lessons for an always learning, ever passionate community of listening humans.
Comfortably centered in the realm of folk-rock-pop, I and Love and You sounds memorable and epic in its genre at a level shared by the likes of Joni Mitchell’s Blue, Cat Stevens’ Tea for The Tillerman, or Simon & Garfunkel’s Parsley, Sage, Rosemary, & Thyme. Did you ever wonder what kind of internet buzz would have been created by the likes of Paul Simon and Art Garfunkel back in the day?
Thanks to the mimetic mystery of the evermodern world, of course, even a rootsy record with a stripped-down, old-school sound gets shared in digitized devotion, a downloadable communion with ever-widening masses of more folks, all attending a technological and ceremonial mass to merge with this masterpiece. I imagine the Avetts acutely aware of the contradictions inherent to the popular music culture, now a decade into the 21st century.
Somehow spiritually consistent with a sound that reeks of retro anomaly, the Avetts decided to release the vinyl version of the new record two weeks before the CD and MP3 versions. But the digital consumer was never cut off from the buffet table at the Avett family picnic, because in the days preceding release, that bastion of modest and mature hipness, NPR, was streaming the record for free.
Far from developing a full-blown philosophy about the pure philos fusing guitarist Seth to his older brother and banjo player Scott, I revel in jaw-dropping, ear-popping awe at the fraternal eternal confection of folk-rock-pop perfection. An album that is ever-so-simply about (as the lyric to “Tin Man” goes) the “feeling of feeling” could readily be dismissed as an overly simplistic string of sappy arena rock clichés, or as the world-renowned cynics over at Pitchfork remind us: “a similar potential yearbook quote in every song—every verse, just about.”
At a time when such droplets of everyman’s lyrical acumen populate Facebook status updates the planet over, the temptation to tire of (or at least ruthlessly poke and parody) such staged sincerity certainly exists.
But that “feeling of feeling” this listener got upon listen after listen both embraced and evaded such cozy reductionism; that is, I never questioned the “chest wide open” chills and thrills of transcendence from the tender inside of understanding. Instead, I celebrated the breeze outside, without the sleaze of second guessing that contaminates far too many fan experiences.
Posted by Teacher Preacher at 6:53 PM No comments:

TOTR 61: Circle Around The Sun 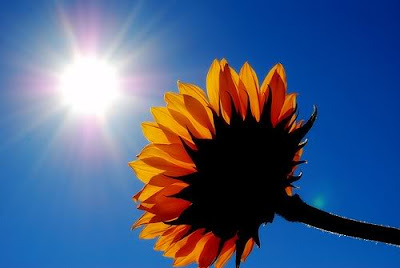 John Denver - Sunshine on My Shoulders

Nirvana - Jesus Doesn’t Want Me for a Sunbeam

The Rapture - Live in Sunshine

Violent Femmes - Blister in the Sun

Rusted Root - Laugh as the Sun

The Doors - Waiting for the Sun

Hair Soundtrack- The Flesh Failures (Let the Sunshine In)

TV on the Radio - Staring at the Sun

Posted by Teacher Preacher at 3:54 PM No comments: 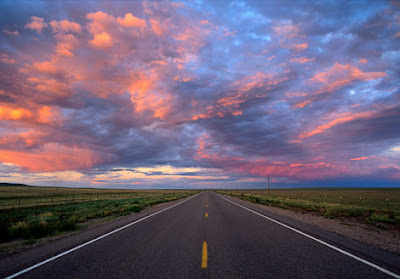 Eddie Vedder – End of the Road

Kris Kristofferson – Me And Bobby McGee

The Who – Magic Bus

The Replacements – Kiss Me On The Bus

The Replacements – Here Comes A Regular

Cat Stevens – On the Road to Find Out

Posted by Teacher Preacher at 6:41 PM No comments: