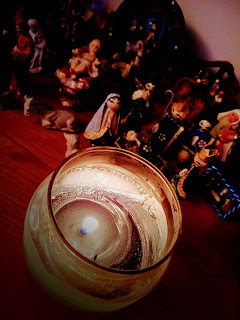 Originally aired on Monday, November 28, 2022 on WTTU 88.5FM
You can listen to the audio archive here:
Stream episode One Small Candle - TOTR 440 by Teacher On The Radio podcast | Listen online for free on SoundCloud
Gareth Davies-Jones - Ring out Wild Bells
Xavier Rudd - Follow The Sun
Beta Radio - Winter Eclipse
The Bird and the Bear - As Soon as Winter Comes
Gordon Lightfoot with musica intima & Steve Maddock - Song for a Winter's Night
The O'Pears - A Candle Burned
Jessica Radcliffe - One Small Candle
Peter, Paul and Mary - Light One Candle
Carrie Newcomer - Lean in Toward the Light
David Ramirez - Find the Light
Hiss Golden Messenger - As Long as I Can See the Light
Pete Sturman - Turn On the Light
Mason Jennings & Jack Johnson - Buddha Too
Dar Williams - The Christians and the Pagans
Steve Thorngate - God Is a Body
Garrett Viggers & a Thin Places Band - Our God Is Hungry
Sacramento Master Singers - Christmas Spiritual Medley
Odetta - Poor Little Jesus
Rev J.M Gates & His Congregation - He Was Born in a Manger
Jaqueline Allen Trimble - This Is Why People Burning Down Fast Food Joints and Whatnot
Daniel Deitrich - Hymn for the 81%
Phil Ochs - Ballad of the Carpenter
Phoebe Bridgers w Fiona Apple & Matt Berninger - 7 O'Clock News / Silent Night
Noah Cyrus & Miley Cyrus - I Got So High That I Saw Jesus
Miley Cyrus w Mark Ronson & Sean Ono Lennon - Happy Xmas (War Is Over)
Sandra McCracken - All Is Well
Jason Harrod - Come On Everybody
Posted by Teacher Preacher at 6:47 AM No comments: 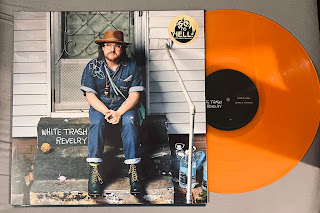 Special Guest: Adeem the Artist
Their album White Trash Revelry is out 12-2-2022;
Album Release Party at the Basement East
listen to the archive here:
Stream episode Thank You - TOTR 439 by Teacher On The Radio podcast | Listen online for free on SoundCloud 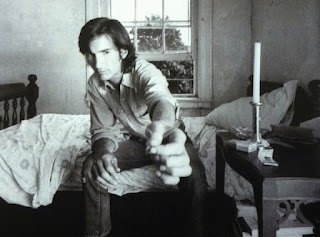 Listen to the archive here:

Scott H. Biram - When I Die
Jake Hoot - I'll Fly Away
William Elliott Whitmore - Lift My Jug (Song For Hub Cale)
Phosphorescent - The Party's Over
Phosphorescent - Reasons To Quit
Trampled by Turtles - Quitting is Rough
Jerry Garcia & David Grisman - Whiskey In The Jar
Hank Williams & Drifting Cowboys - Alone And Forsaken
Tim Hardin - Tribute To Hank Williams
Blaze Foley - I Should Have Been Home
Blaze Foley - Election Day
Magnolia Electric Co. - O! Grace
Magnolia Electric Co. - Whip-poor-will
Gram Parsons - In My Hour of Darkness
Gram Parsons - We'll Sweep out the Ashes in the Morning
Nanci Griffith - Tecumseh Valley
Townes Van Zandt - Waiting Around to Die
Townes Van Zandt - Flyin' Shoes
Justin Townes Earle - Harlem River Blues
Justin Townes Earle - Ain’t Got No Money
Amy Winehouse - You Know I'm No Good
Janis Joplin - Kozmic Blues
Nick Drake - Time Has Told Me
Owl John - A Good Reason to Grow Old
The Raphaels - Too Many Ghosts
Neal Casal - Pray Me Home
Patty Griffin - Angels Are Falling
apparently i am only almost
ready for my annual early advent
but on this last day of so-called indian summer
(that was last week when this was recorded)
i am still obsessed with the saints & souls
of halloween & the day of the dead
the party is over the
party is in heaven
come to join us
to walk with the dead
stand with these sketchy saints
these certified sinners of questionable sanity
these backwoods backroads poets
of the american songbook 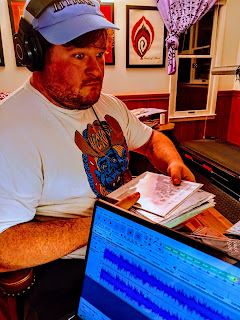 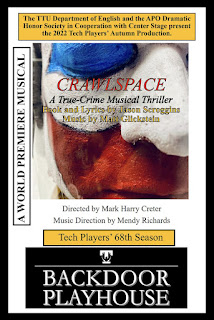 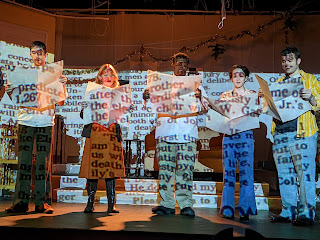 I have been closely following the shows at Cookeville’s Backdoor Playhouse (BDPH) for 15 years, and I may have just witnessed their best production ever.

Charismatic creative director, teacher, and friend Mark Creter’s choices for theatrical productions follow a wide range, from playful to provocative, silly to serious, and everything in between. When the venue was transformed into a creepy caged-asylum for Marat/Sade, we transformed one of our Open Mic nights into a “cage fight.” It was that -- or cancel our one-night variety show, because the set for the upcoming play had taken hours to construct and wasn’t moving anywhere.

All this is to say that things can get very weird at the rear of the Jere Whitson building, just off the Tennessee Tech quad. For the first time in memory, the university recently meddled in the creative life of our thespian safe- space, by canceling by executive order the benefit drag shows which had become a staple for our LGBTQ etc community and their friends.

Also, for the first time that I am aware of, just this season, Creter added a content-based trigger warning for the fall musical, currently live through November 12th. So it’s with some anxiety and much anticipation that I took my seat for the final dress rehearsal of Crawlspace: A True Crime Musical, currently making its world premiere in Cookeville, with writers Jason Spraggins and Matt Glickstein in the room.

I am not a “true crime” buff, though I watch more shows and movies and listen to more podcasts now in this genre than ever before, thanks to my wife’s love of the style and subject matter. Before seeing the show, I purposefully did not read the script or overdose on serial killer theories or histories, either. Although I did mainline the John Wayne Gacy Wikipedia entry over dinner at House of Thai, just across the road from the theater.

To put it mildly, the source of my anxiety concerned the chances of being offended or grossed-out or just plain disturbed by the show, so much that I wouldn’t even be able to write this review. Though the topics are terrible, the play is not. Rather I was swept up into the universe of the story, moved by the songs, and shaken by the stunning set designed by Bob Cardana and his many associates. It’s a mind-blowing, immersive experience.

Jason Spraggins has constructed a shocking, sickening, and yet subtly healing dose of truly dynamic historical fiction; Matt Glickstein has made catchy earworm musical magic with themes that seem problematically unfit for such treatment; Mark Creter has superbly interpreted this for an all-encompassing theater encounter, befitting of a world premiere. Also, the orchestra (directed by Mendy Richards) really lays down a gritty groove to hold the musical aspect in perfect vibe, and all the actors heartily belt out their singing parts with the feeling required.

As everything unfolds, it is clear that the facts of the Gacy case are basically in-tact, but the names of all victims have been changed. The mystery of the play’s unique experience, though, pivots around a fictional psychologist (Doctor Judith Matthewson, portrayed expertly by Emma Olson) who interviews Gacy, in part to make sense and come to terms with the violence and abuse in her own backstory.

We relive the horrors Gacy perpetrated through flashbacks, navigated expertly through “layers” of reality and unreality. The set itself embodies these layers, and oversized historical slides projected onto the show itself add a trippy quality to something that is already bonkers. Cranky voices in Gacy’s mind, his first and truest prison, are portrayed by different actors, including a cop and a clown. The entire effect pulls you into the monstrous mystery tour; if you decide to go, accept the horror as part of the plan, then suspend all expectations and assumptions and buckle-up for the carnival ride.

Cookeville staple Ryan Steele becomes John Wayne Gacy. It is some messed-up mojo as an actor to take on a part like this, but Steele as a kind of trickster and troubadour himself seems born for roles like this, as he becomes a very bad man, but also a kind of funhouse freak, wack-job relative, and bad-Wonka-on-weed. Fans of Joaquin Phoenix’s Joker will identify the kind of metamorphosis that I mean to hint at here. This alone is worth your time, but it is not a one-man show. Every performer becomes their character, with all the emotional weight and disturbing connotations included.

Because I came into this without having seriously studied the topic or script, I was ready for surprises. They were all there. But what messed with me (and impressed me) the most, and lingered long after the final curtain, were some of the theological implications. Real-life John Wayne Gacy was a devout Catholic. His meanness and madness intertwined with piety and shame. He sometimes recited the Bible when torturing his victims. Gacy was an antiChrist who thought of himself as a Christ. We are at least forced to see him as a human being and as a survivor of abuse by an alcoholic father. Chew on all that with your communion wafer.

But throughout the play, there was an implied saga of redemption. The redemption is never realized and perhaps the entire arc of redemption is perverted by reality, with lethal injections and firing squads as modern-day crucifixes for damned people who cannot be fixed or rehabilitated, much less saved. The play leaves us with more questions than answers.

But as an entire body of work, it does nudge us to ask deep deep questions about human nature, good and evil, the criminal justice system, psychology and psychiatry, bisexuality and homosexuality, Christianity and religion, and finally the death penalty. I believe a work like this does honor the victims of violence, but also asks us to soberly study the pervasive, all-too-human sources of violence, from serial killers and state executions. Whoa.  - Andrew William Smith, 11-4-22, Cookeville

Posted by Teacher Preacher at 8:06 AM No comments: