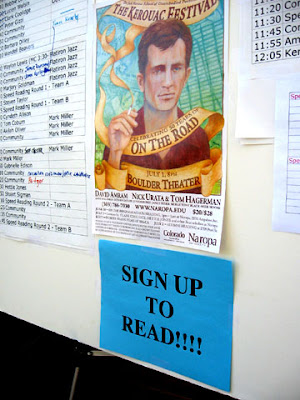 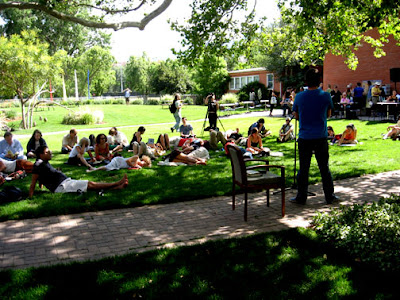 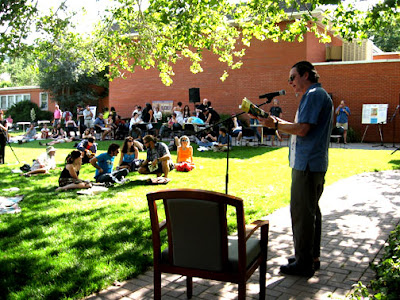 Everyone's talking about Jack. This year marks the 50th anniversary of On The Road, and folks have Kerouac on the brain.

This summer I attended the "Kerouac Festival" at the Jack Kerouac School of Disembodied Poetics in Boulder, Colorado for the marathon reading of the book. (The reading began early in the afternoon and extended late into the night. Many of the readers were the famous writers who make up the faculty at the Summer Writing Program. Writer and musician Steven Taylor is pictured among others above).

Later in the summer, I finally started the Dharma Bums for the first time.

Yesterday, the radio program "Studio 360" did an interesting piece about the book's anniversary.

Tonight, on my second episode of Teacher On The Radio, I will be talking about Jack, too.
Posted by Teacher Preacher at 3:04 PM