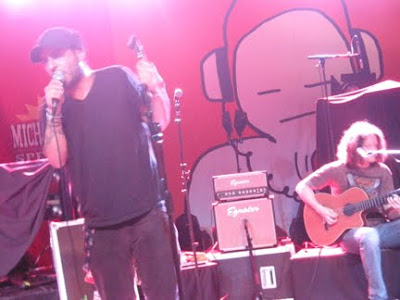 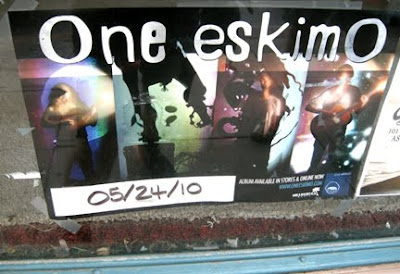 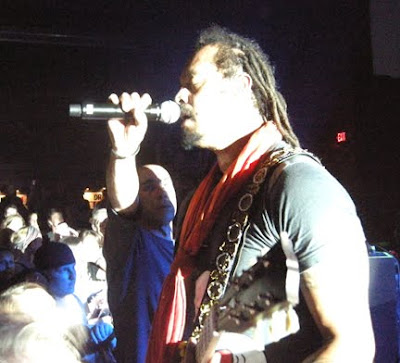 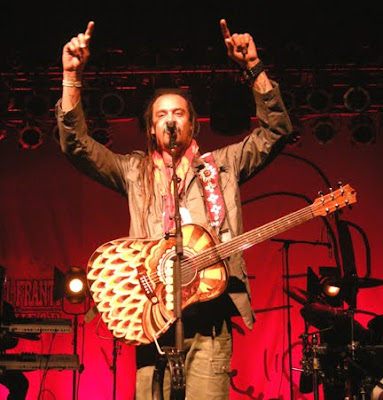 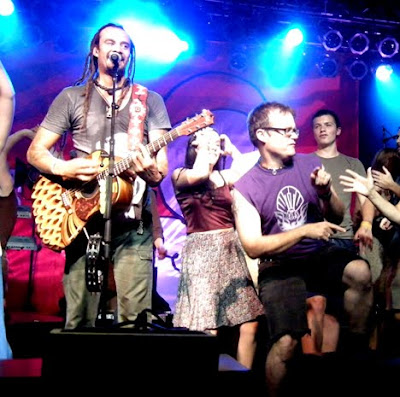 I have many reasons to expect that next summer won’t include the same breadth & depth of shows for me as this one, so I am fully committed to enjoying all the live music that I will get to hear while I am off from teaching during summer 2010.
So far this May, I’ve already seen Pearl Jam with openers Band of Horses up in Cleveland followed the next week by Ryan Bingham & the Dead Horses in Knoxville. Last week began with the amazing Mike Farris revival called Sunday Night SHOUT! The very next night, we got in the car to head east for Asheville, North Carolina for Michael Franti & Spearhead with special guest One eskimO.
Living in the modest, affordable, surprisingly cool, and relatively conservative college town of Cookeville, as much as we try to make our own alternative music scene, we sometimes need to travel to see shows. Most often, we end up in Nashville, Knoxville, or Asheville -- riding I-40 in my new Ford Escape Hybrid.
Asheville is a progressive little mountain town that acts as a magnet for folks from all around the country who’ve ended up settling there. Once dubbed the San Francisco of the southeast, this progressive little pocket was partially responsible for tilting North Carolina to Obama in the 2008 presidential election.
This hippy-and-hipsterburg easily offers one of my favorite places to see a show, and the venue of choice for many touring bands is The Orange Peel, located at the edge of downtown on Biltmore Avenue, next door to the awesome burrito joint Mamacitas and across the way from the French Broad Food Co-op. In fact, while we were dining with a friend at Mamacitas (I had the Mahi-mahi tacos), we missed a live parking lot show by our bands of the night, deciding that fans who could not get tickets deserved a free pre-show.
Since 1989 during his first project the Beatnigs which dropped “Television” (later redone as Disposable Heroes of Hiphoprisy), I’ve followed Franti. In Detroit in the 1990s, I caught the first Spearhead tour with Arrested Development.
We danced and danced, and this May, we’re still dancing, even this 42-year-old dancing with Franti onstage during his last song. Listening to his tunes as well as his eloquent witness for peace and justice, he’s brought me to tears. One of this night’s many highlights was Franti’s support for Military Families Speak Out, with members who took the stage between the opening and headlining act. Franti manages agitprop without getting too preachy and mixmasters his message with universal love funk and reggae-rock-folk for joy and fun.
But this time, opening act One eskimO brought me to Asheville, with the band touring behind the magical strength of their self-titled debut album. Standing in line to retrieve our guestlist credentials, I met a woman from an Asheville radio station who mentioned the band’s single “Kandi.” She remarked, “What’s up with the R&B,” thus revealing one of the conundrums with One eskimO, the band’s careless and creative defiance of genre.
One attempt to peg genre on the London four-piece invokes “ambient," which for many fans signals the quieter, laid-back, early-morning fringe of electronic music. Onstage, the all-acoustic crew silenced the noisy and packed house with irreverent whispers and reverent wails. Taking full advantage of the Peel’s dual projectors, the band ran tape with their quirky animations, hypnotizing, mesmerizing, and magnetizing us for a full 45 minutes.
Without a bit of banter between songs, lead-singer Kristian Leontiou wrapped himself inside his songs, often singing with eyes closed as if serenading a personal muse or private goddess. Adding to Leontiou’s lyrical layers of loving soul, the bandmates backed with grace.
Guitarist Peter Rinaldi fit the Asheville vibe with his long locks and casual clothes, sitting towards the back of the stage as though he were jamming on your living room couch. Bassist and horn play Jamie Sefton also sat for the set, looking like a contented jazz man holding court in a New York club of the last century. Drummer Adam Falkner is almost a frontman in his own right, sharing the most energy and holding a subtle tribal anchor to the whole show.
Leontiou’s epic voice polishes beauty, betrays cynicism, and fits cathedrals or coffeehouses, bordellos or bars, making the mundane of the day fade into the majesty of night. Hopefully this tour will give them more confidence and many fans, leading to a follow-up record fierce enought to match the miracle of the debut. I know that I cannot help but want to catch them again at Nashville’s intimate Third and Lindsley in a few weeks.
Posted by Teacher Preacher at 2:37 PM