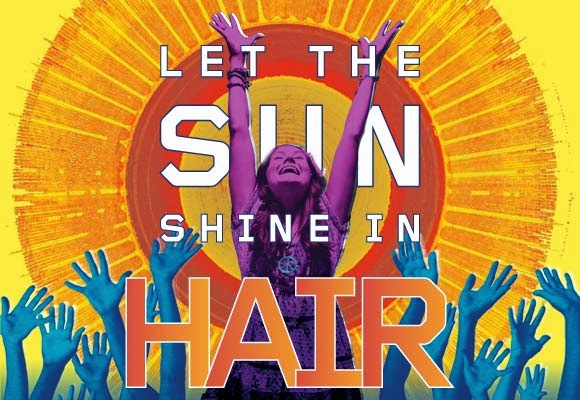 updated 11/9/2020
Part One: The Unofficial & Incomplete History of My Music Fandom

The living room floor in our first house in Cleveland had carpet where I would sit for hours, right next to the turntable on which I would spin records from my parents’ modest but colorful collection of vinyl. Between popular TV or movies and those records, a doorway opened into a vast new world of sound and style that continues to unfold for me to this day.

Bill Haley’s “Rock Around The Clock” opened the popular TV show Happy Days and could easily be an apt metaphor for my emerging attitude toward life, little did I know the exalted plateaus and dark valleys that this rocking 24/7 would bring for most of my 46 years.

We saw The Buddy Holly Story in the theater in 1978, the year it came out, and my introduction to rock’s tragic side had a huge impact on me. In strict temporal terms, our fascination with the 1950s then would be analogous to today’s 1990s nostalgia. That simply blows my mind.

My folks were Christian peace and civil rights activists in the 1960s.  Not only did I learn about Martin Luther King and my uncle who refused service in Vietnam, I also confronted a sense of humor on vinyl records with Tom Lehrer’s biting “National Brotherhood Week” and Pete Seeger’s rendition of the Phil Ochs ditty “Draft Dodger Rag.” Tom Lehrer’s quip remains a cutting quandary to social progressives today: “I know there are people in the world who do not love their fellow human beings, and I hate people like that.”

The early 1960s folk revival so strangely chronicled in 2013’s Inside Llewyn Davis actually lived in my parents’ record collection as far as I was concerned. Surely there were some more obscure Greenwich Village names of note, but ten years after the seminal folksy outbreak in an Ohio suburb, I was reared on Bob Dylan, Odetta, Harry Belafonte, and of course, Peter, Paul, and Mary. Today’s acoustic resurgence—celebrated when Bob Dylan jammed with the Avett Brothers and Mumford and Sons on the Grammys—acts as just another wave in a recurring cycle of the great American folk tradition.

Coming to consciousness in a leftish household in the early 1970s meant having both a tragic and hopeful sensibility. I knew about the deaths just down the road at Kent State, and I love to tell how my parents pumped me full of iced tea to stay up past my bedtime on the night that Nixon resigned. We attended rallies for failed presidential candidate George McGovern and for crusading activist Cesar Chavez and the United Farm Workers. The same artists that spun at 33.3 revolutions per minute were active in the social revolutions that shaped me then and shape me now.

As influential as the folksy folk were, they couldn’t hold a coffeehouse candle to the importance of the 1970s musicals, first plays and then films. These important works—Godspell, Hair, and Jesus Christ Superstar—formed a kind of trilogy that forever fostered my particular flavor of hippy Jesus spirituality and activism. Decades later, I am still unpacking the strange and liberating intersection of two subcultures, psychedelic hippies and evangelical Jesus Freaks, for this fusion still follows me as I listen to music daily and try to follow the long-haired, peaceful, crucified, and resurrected One.

Without the 1970s folk-pop explosion—with many of the great Laurel Canyon artists I would only learn about later—we would never have known its most accessible ambassador to the kids, who put a Colorado tint on the best of California and Nashville. John Denver’s influence on my tween years cannot be understated. He was one of my first concerts thanks to Mom and Dad, and his Greatest Hits record became a bedtime turntable lullaby in my room, as even through an emotionally lonely February, I could long for the spring, for God, for a girlfriend, and for “Sunshine On My Shoulders.”

Don McLean’s dynamic epic poem of a song called “American Pie” introduced me to the profound mythopoetics of American pop culture and became the topic of lyrical analysis for an 8th grade English class project. The Christian allusions in songs like this and “Leader of the Band” by Dan Fogelberg didn’t seem distinct or separate from the larger ocean of the air we breathe. God couldn’t help but show up everywhere, even and especially on the radio.

Although my parents had Beatles records, I had to wait for my brother to turn me on to the Rolling Stones. Being a younger brother does wonders for your introduction to new bands. Like the William Miller character in Cameron Crowe’s Almost Famous whose sister seeded his future hardcore fandom, I benefited from an older sibling as Arthur turned me on to all the great classic rock. Like so many other kids, he joined the multi-million dollar mailorder Columbia House record club that sent albums to our house.

I have such mixed feelings about the late 70s and early 80s classic rock that connected me with the times and culture. That I experienced the complete hard rock carnival of KISS at an arena show in the 1970s feels like it was a rite of passage. My dad chaperoned, and I am grateful, since I was really too young to see, if even from a distance, the darker effects of the drug scene in full effect. “Rock And Roll All Nite” was an anthem for the eve of a snow day. Each record gets tied to memories, and there are many more songs than fit neatly into a particular playlist.

Because Art and I were part of a voluntary bussing program that brought us to the predominately black elementary school in our community, black culture greatly influenced my musical tastes then and now. I could never endorse the Disco Sucks movement, and even though I didn’t have the vocabulary to understand my critique at eleven-years-old, I somehow knew deep inside it was just a smokescreen for cultural racism and homophobia. In fact, it was funk, disco, R&B, and the earliest signs of hip-hop and electronica that moved me the most out of the mainstream of my more likely cultural trajectory.

Even though I most enjoyed the superficial incarnations like the Commodores and the Village People, I was forever changed in favor of social equality and stylistic tastes that tilted towards the extremely eclectic. The great trauma of the early 1980s for me was moving from Cleveland to Detroit, from a suburb called Shaker Heights to a suburb called Southfield, from junior high to high school. Around that time, radio and MTV were still relevant, as were my first loves and first experiments with alcohol and drugs.

Although the north coast of Ohio and the southeast edge of Michigan were many metaphorical miles apart in my mind, we remained Midwest to the core, and the music I heard in the coach’s van during cross country practice or on the bus with ski club reflected this in the likes of (then) John Cougar or Detroit’s own Bob Seger.

My brother had left for college, and my parents weren’t really buying records anymore. By now, I was ready to forge out on my own. By my 10th and 11th grade years, I made musical discoveries that would take things to the next level and change everything forever.

Posted by Teacher Preacher at 10:49 AM