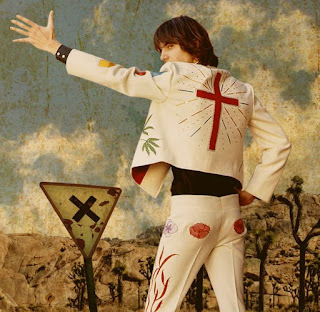 I migrated from Motown to the mid-south on the first day of 1995, in a used Winnebago that broke down before we got to Nashville. After a long detour around the continent and a winter in Key West, I settled in Tennessee for good in 1996.

This is not a new passion in my lifelong hardcore hobby of music fan, in my perpetual avocation a writer/blogger/fanzine editor/DJ, so I hope this post is one of many exploring the intersections of southern rock and outlaw country and so much more under the Americana umbrella. I couldn’t find my way to the WTTU booth for a live set for #301, so I offer this note, this YouTube commentary, and this playlist for your edification and listening pleasure. It’s summer, and I think of the lazy days that evaporate like fresh rain on hot pavement, I think of the dirt and the dust, the early mornings and late nights, the fire-pits and grills, the glowsticks and lawn seats at the amphitheaters of America.

Posted by Teacher Preacher at 7:46 PM