Save The Eagle, Save Our Campus - An Editorial 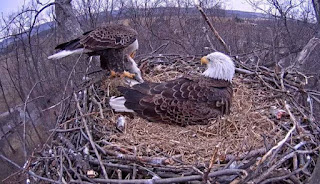 Our greatest human teacher once instructed us that even the gain of the whole world is but nothing if we lose our souls in the process. On our beautiful Cookeville campus, what is it to gain private partnerships and political allies if we lose the soul of education by doing so?

The recent GliderGate controversy that has put a cloud of doubt over Derryberry Hall is a moral catastrophe for higher learning. While we await the results of the internal investigation, the outcry against Tennessee Tech grows nationwide. Recent letters from United States senators and former heads of the EPA only confirm what we have known since early in 2018. This failure in leadership threatens the academic integrity of a great university while aiding a federal loophole that would allow an increase in air pollution that harms humans.

We are grateful that the University attempted to distance itself from the erroneous Glider research in a recent letter that our President distributed. Yet many questions remain unaddressed. How did this unsupervised and insufficient data-gathering about trucks get to the desks of Diane Black and Scott Pruitt in the first place? What is the Tennessee Center for Intelligent Mobility (which does not even have a page on the university website) and who gave it the authority to conduct “research” without the participation of credentialed faculty? The game of “sorry, not sorry” the campus leaders are now playing may do more long term damage. If the investigation does not result in truth about this disaster and reasonable consequences for those who have tried to harm our school and community, we might be even worse off. Moral accountability might look more like a genuine confession for the mistakes made with real-world accountability for those responsible.

The bald eagle has no known predator in the animal kingdom, but this iconic bird was once in danger of extinction due to destructive human impact. Today the soaring symbol of Tennessee Tech is in danger from an internal invasion of corporate values, expressed in part by a spike in top-level executive appointees who were not vetted by customary campus protocols for job candidates. For the last several years, our bastion of public education has been covertly compromised by profit motives and politics, an administrative model which not long ago resulted in the capricious layoffs of numerous staff without any justifiable rationale. This recent national scandal about a flawed study is really just the tip of the iceberg.

If you are a Cookeville resident, Tech student or employee or alumnus, if you love Tennessee and care about the air we breathe and the quality of our workplaces, then help us expose the lack of truth and transparency at Tech in the way this matter has been mishandled. The safety of our world and the soul of public education in Tennessee are at stake.

---
Note: this editorial has been sent to multiple individuals, news outlets, and organizations. It may be reproduced and distributed freely. However, the author requests that no changes be made to the content without his permission.

Andrew William Smith is a member of the Tennessee Tech faculty, the Faculty Head of the Treehouse Environmental Village, a local Presbyterian pastor, and a lifelong environmental activist. This editorial represents his views alone, and not those of his professional positions, which are listed for context and identification.
Posted by Teacher Preacher at 6:17 PM