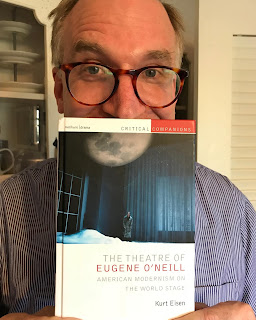 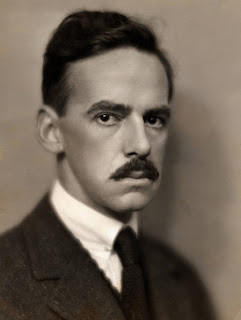 Sometime in the Aughts (or the 00s if you prefer), my former boss and the late Kurt Eisen cornered me in the English Department suites that sit atop Henderson Hall. I can’t remember if Mark Creter was there, too, but they had discussed this idea, I imagine.

For years, Kurt had been the resident theater critic for all the productions at the Backdoor Playhouse, as well as for many of the community productions on various stages around Cookeville. But in his new position as the Associate Dean, he felt too closely tied to the funding apparatus for the plays, to still be an appropriate reviewer. That was just Kurt, he had a strong personal code. He loved Mark and everything about the Playhouse enough to say, this is weird, we need someone else to step in and do these reviews.

I was hardly an unbiased partner to the Playhouse, but I was a colleague and not a supervisor and had plenty of clips from my days as a Detroit entertainment journalist to suggest that I could. So I leapt at this chance.

There would be so many meaningful shows to see and write about in the coming years. I always had my favorites, yet there were some productions that I just didn’t “get” and told Mark I just couldn’t write about. Occasionally, we’d recruit other colleagues, grad students, or English majors to spin their interpretations of the local thespian scene.

But throughout the semesters of writing about theater and then not-writing-about-theater, of mostly admiring, and occasionally, getting frustrated with Mark Creter’s production choices, I certainly never anticipated typing-out my thoughts on the debut production of the “Kurt Eisen Essential Playwright Series,” finally inaugurated this year, in his memory, some 17 months after Kurt’s tragic passing after a struggle with cancer, in September 2019.

Eugene O’Neill’s Hughie is just a strange little play with a trashy, talkative lead, a story where nothing really happens. It’s a one-act monologue that Mark could recite in just one afternoon of his many theater classes. As Joe Clark points out in his director’s notes, it’s an elegy and eulogy to “Hughie” by this character Erie Smith, played by Creter. And thus, this is the Tech theater’s tribute to its most loyal and late champion and patron, who was an international authority on O’Neill.

The dry humor in the production does its due diligence to combat the drunken claustrophobia of the plotless circular ramblings of a well-dressed but goofily grotesque gambling man, on a grief drunk and actual drunk for his friend Hughie.

Erie just corners the poor fool and foil known as the Night Clerk, played perfectly by Ryan Steele, whose facial expression alone, along with James Alder’s narrations from above, provide those brief, awkward laughs that the audience desperately needs. No really, Erie is that wayward and wasted prophet who closes the party with his intoxicated chatterbox. You thought you wanted to close down the bash at 5am, until this 4am stream-of-consciousness crap begins about poor Hughie. At least the Night Clerk is getting paid, we think.

The impact of all this is hitting me as I type. It doesn’t even start to come together until I talk to everyone after the show, and then it starts to sink in. Kurt gave Mark this script years and years ago, anticipating this production. So finally we have this lost gift, recovered for our friend, to forever memorialize him in this community, to our dedicated arts scene and to current and future students who never had the privilege of knowing Dr. Eisen.

This drunken anti-hero of Erie Smith emerges later in O’Neill’s career, after the writer got sober around the age of 40. But the lineage of the writer’s own drunks must inhabit these crazed lit epiphanies. In a piece on the playwright as recovered drunk, Sean Braswell writes, “Indeed, O’Neill’s life illustrates alcohol’s double-edged sword: The playwright’s alcoholism as a young man not only shaped, and stunted, the trajectory of his career but also helped enrich his works, allowing him, especially once he was free of the bottle, to convert his characters’ battles with addiction into a form of tragic poetry.” It’s important for me to say in public that Kurt was there to witness my own sobriety, also around the age of 40 and my own tragicomic rantings that have followed.

After watching one of the dress rehearsals, in my mask on a Tuesday night, a sober Creter is sitting on the Playhouse stage freestyling to a sober Smith about Erie’s bender of booze and longing. The wound is still open, Mark tells me. My wound for my friend and former boss Kurt Eisen is still open, too, truth be told. And then I look at my hand, which in popping-open a La Croix as my NA beverage of choice during the show, now seeing that I sliced open my finger on the aluminum tab and am bleeding. Mark immediately scurries into the halls to seek a bandage.

Watching the inaugural Kurt Eisen series might open some wounds for you, too, if you knew Kurt, but the craft that Creter and Clark and Steele and Alder and others have invested in this show, is such a secure bandage of abiding love and creative community, that it will be worth risking any comparable re-opening of the scars of grief. Well-done, my friends. Well-done, indeed. - AWS 2/11/2021

Ryan Steele as a Night Clerk

James Lyle Alder as the Narrator

Posted by Teacher Preacher at 5:25 AM