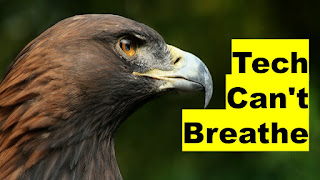 We have all heard of fake news, but what about fake research? Last year, Tennessee Tech published the findings of a “study” conducted by an unnamed grad student in a letter to Congressperson Diane Black. The communication was signed-off by President Oldham and VP Tom Brewer, before finding its way via Black to the Environmental Protection Agency (EPA) under Scott Pruitt, where the inconclusive data has been used to influence policy and allow pollution.

Subsequent reports criticizing Tech and its study appeared from leaders in the trucking industry, respected environmental groups, the attorneys general of other states, news sources like the Washington Post, NPR, and the New York Times, and finally by experts in the very EPA which is using our suspicious data to justify fewer restrictions on polluting trucks, including those made right here in Tennessee by Fitzgerald Glider Kits.

Even though the data and methodology used by Tech have been thoroughly debunked by experts, Tech refuses to renounce it or take action against those responsible for it. Unfortunately this is true because of a cozy relationship between Fitzgerald (who requested and sponsored the study), the Tech administrators named above, Tech trustee Millard Oakley, Congressperson Black, Pruitt, and the Trump administration.

This is not only a case of academic integrity being undermined to make a buck, but of our university aligning itself with the big business, anti-regulation ideology of a far-right government. If this were about profit alone, that would seem shady enough. But this is about willfully changing federal law in ways that will harm humans and the environment, all to save some dollars for a company that is only a small portion of the US trucking industry.

Meanwhile, trustee Oakley and Tommy Fitzgerald give massive amounts of money to the gubernatorial bid of Diane Black, who will ostensibly be one of Oldham’s bosses, if she is elected. Faculty, staff, students, alumni, and community -- we must demand a real external investigation, supervised by an outside body such as the Tennessee Higher Education Commission, and including vetted experts in the academic study of vehicle emissions.

The result for us is that Tech can’t breathe. The eagles can’t soar. Our wings have been clipped by the tired old narrative where human greed crushes global need. What is happening at TTU is outrageous, and sadly, we have seen this coming. From the FOCUS Act that separated us from Board of Regents accountability to repeated promises of increased privatization, Tech under Oldham has drifted further and further away from our roots as a regional university with a compassionate campus culture. The top administration has apparently lost the intellectual and moral integrity to lead an institution of our stature, all for the sake of profit, politics, and pollution.
---
Note: this editorial has been sent to multiple individuals, news outlets, and organizations. It may be reproduced and distributed freely. However, the author requests that no changes be made to the content without his permission.

Andrew William Smith is a member of the Tennessee Tech faculty, the Faculty Head of the Treehouse Environmental Village, a local Presbyterian pastor, and a lifelong environmental activist. This editorial represents his views alone, and not those of his professional positions, which are listed for context and identification.
Posted by Teacher Preacher at 7:07 AM

Tell it like it is, speaking truth to power! Way to go Andrew.