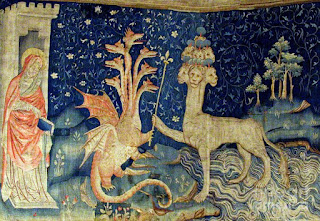 When listening to this playlist, it seems formed by the times themselves. Like every song picked itself to be placed here. Certain songs by The National, Decemberists, Mountain Goats, Avett Brothers, and more have existed in the cosmic music airspace, waiting to be drawn down into this grounded grappling with anxiety and reality. Due to its sheer size, it took me a while to ease into Joseph’s playlist, kind of like reading the Old Testament. But once he had me, the gifts of these gifts kept giving.


The more we pay attention, the more we realize how many conversation partners we have, fellow listening partners in this case, in larger cultural conversations that we are currently having from a distance. Give Joseph’s epic collection a spin, in order or on shuffle, in pieces or all at once, and feel some more of the feels that we have all been feeling. AWS


I created this playlist after moving back to Nashville just after the city was hit by at least one tornado in early March and as the COVID-19 pandemic was beginning to make itself felt. I had been on a trip when the tornado hit and had been playing a lot of Neko Case and was falling in love with her song “This Tornado Loves You.”


I wasn’t sure whether to keep playing the song or not in the wake of the disaster. Meanwhile, Tim Heidecker’s (yes, the guy from Tim and Eric) “Work from Home” had long been a staple in the playlists Spotify’s algorithm would generate for me. When Dawes’s “When My Time Comes” came on, it occurred to me that this might be a (somewhat perverse) way of coping with what was happening: a multi-faceted apocalypse.


Sure, “apocalypse” is an overstatement. Or is it -- between tornadoes, pandemics, and the state of American politics, with the Democratic party determined to do as little as possible aside from return to whatever was happening in early 2016 and a Presidential administration determined to deny and diminish the seriousness of a pandemic that had wreaked havoc wherever it had gone.


Plus, if you are me, you’re already down about the impact of American imperialism, the forceful grinding down effected by our increasingly unfettered capitalism, the violence (at times  insidious, at others explicit) against women, people of color, immigrants, queer folx, and on Sunday mornings, church that would rather be a sanctuary for oppressive thought or lukewarm nothingness followed by coffee than a witness to a gospel of mercy, acceptance, and justice.


So naturally, I made a playlist. Later, I made it a collaborative playlist, inviting friends to make suggestions and contributions. Some of the songs suggested were good. Some weren’t. Some weren’t good fits for the feel or were meant to annoy me. Some of those remain in the playlist. I’m still deciding how I feel. Obvious and kitschy sometimes has a place, you know?


Posted by Teacher Preacher at 8:39 AM