"Almost Famous" (As A) Guide For College First Years 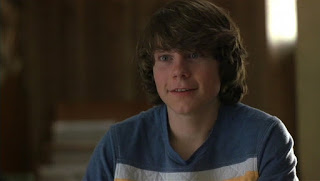 Cameron Crowe’s autobiographical film Almost Famous, which turns 20 next year, is a regular part of my English Comp course for Tennessee freshman each Fall. It’s also my premise that first-year college students can learn a lot from the film’s protagonist William Miller, both for my English 1010 class and its profile assignment in particular, but also for the college and professional experience in general.

Here is a short guide to why we might want our students to emulate young William, the aspiring rock writer.

He Nerds Out About Everything - William’s nerdiness shows up in strange ways, such as debating the merits of David Bowie and Lou Reed with Lester Bangs or in the spelling of a curse word that his sister purposefully mispronounces.

He Respects His Home Influences - Both his mother’s quirky wisdom and his sister’s coolness, especially with the rite of passage of passing on albums, greatly help William’s formation.

He Works At His Passion - go off and be a lawyer? No! Rock writing is William’s passion and calling, and he will follow his muse. We all need to remember this in choosing our profile topics. Pick a person that we truly admire who is doing what they love.

He Takes Notes Everywhere - William is that guy. He is taking notes when having lunch with Lester Bangs. He is taking notes on the setlist while Stillwater rocks out, despite Penny’s dismissive glance. He takes excellent notes (okay sometimes yes, sometimes no) throughout the traveling and following-the-band experience. He never forgets that he is a rock journalist, the one they call “the enemy.”

He Seeks Out A Mentor - William learns from the best in his field, from Lester Bangs, who is alternately goofy, awkward, uncomfortable, single, approaching middle-aged, utterly uncool, truly eloquent and opinionated about their shared loving topic of all things rock.

He Knows His Topic - William strives to know everything about his topic, the band Stillwater, even before he gets the gig to write about them. Strive to learn about all your topics with that kind of drive and curiosity.

William Flatters His Interview Subject As Part Of His Ask - Meeting Stillwater at the Backstage Door, he flatters them sincerely and intelligently. This is key to any big ask. Learn to flattter, when sincere and appropriate, your professors and classmates. Professionalism can mean building-up your colleagues.
For a more critical perspective on Almost Famous, with a corrective about some of the creepy gender and sex issues, but with an abiding love for the film, I strongly advise folks to check out the I Hate It But I Love It - podcast episode about Almost Famous.
http://hatelovepodcast.com/105-almost-famous-with-emily-gagne-and-danita-steinberg

Also please check out the actual Rolling Stone cover story on the Allman Brothers written by the young Cameron Crowe.

Posted by Teacher Preacher at 6:38 PM