Is Cookeville Ready For Its Homegrown Avant-Garde? The Revolutionary and Redemptive Graphics of Jesse Filoteo 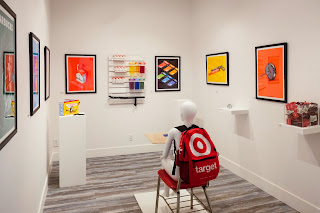 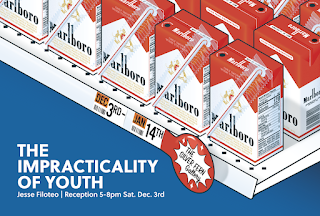 I have a complicated relationship with my chosen home and the small city (or college town, if you prefer) of Cookeville, in Tennessee’s upper Cumberland region. That is to say, the larger political poisons of the last six years have infected us in their own cruelly contextual way. That is also to say how I hunger to celebrate the beautiful and amazing aspects of this place, when they sweep me off my feet, which most thankfully, is quite often, as of late.

A short drive down Spring Street between Willow and Jefferson will expose you to a blossoming alternative arts and wellness scene. Not that there aren’t comparable epicenters of coolness on Cedar or Broad or elsewhere in town, but all the new galleries and shops (and such) along Spring speak to an expanding scene with a leading edge that we might not be ready for yet.

In your own wandering around town, you might have missed The Silver Fern (@the.silverfern) in the suites at 145 East Spring Street, but now you can check it out, if you have not already. From jewelry to gifts to teas to cards to decks of wisdom, it’s a curated and eclectic space. That Cookeville got The Silver Fern around the same time we got The Tiny Cloak (where I am honored to sell some books and vinyl) is just sweet serendipity, a true “wow” to me.

Now, I could start name-checking a bunch of our other new and needed niche spaces (maybe in a future post), but that would distract from where this review-essay is going. Because as cool as all the other new spaces are, that is not what I sat down today to write about.

Because Cookeville currently has a provocative new exhibit of Jesse Filoteo’s original posters, sculpture installations, and protest art that can turn your world upside down, inside the Fiddlehead Gallery, which is a room inside The Silver Fern. This show could even turn our town or world upside down in ways that it needs. And it is only on display now, for less than a month to go as of this writing, until its closing party on January 14th. Even as I see the entire show as a kind of visual protest, or even direct action, Jesse emphasizes that his goal is “a point of conversation, not contention.”

Start with the artist’s statement on The Silver Fern website (   ) or the teaser images over on the artist’s Instagram (@jesse_filoteo). But seeing these will hopefully draw you to see the show itself, especially for the 3D sculptures, which must be encountered and experienced, which are what Jesse calls “the final execution” of ideas first explored as 2D images.

Unlike many of our town’s artists and activists who moved here as adults for a whole host of reasons, featured designer Jesse Filoteo is from here for his entire life, and his training in the arts started at Cookeville High School and continued at Tennessee Tech. He is also a second-generation Filipino-American. When I first met Jesse more than six years ago, he absolutely blew my mind with his perspectives and aesthetics, expressed at that time with a poem about the ecological crisis, a poem that took first place in a writing contest that I was helping to judge. Full disclosure, he then worked with me lots during his time at Tech, largely as an undergrad teaching assistant in the now phased-out Treehouse learning village.

Familiar as I am with Jesse and his work, I can imagine a world where new work from him would be expected, where it would not floor me, as if encountering Jesse Filoteo again for the very first time. But with this new show, Jesse is not just bringing any old thing from his already brilliant bag of tricks. This show has such a cutting and cohesive message that will stick in your mind long after you leave the gallery.

“The Impracticality of Youth” is an assessment and indictment of what Jesse calls our “complex, cynical zeitgeist.” It might offend you with its take on the themes Jesse owns in his artist statement: “consumerism, nationalism, race, gender rights, and sexual identity.” The show might also floor you with its fierce vision and flawless technique and make you again furious with the frightful world depicted, because this is our world.

Everything is skewed, and Jesse Filoteo skewers everything. His art carves its space in our consciousness with incisive insight and a masterful command of any and every software or platform needed to render his brutal and breathtaking vision through a digital and physical palette.

The world that Jesses flips and flips again is cruel and chaotic, and his radical response is refreshingly, if at times disturbingly, revolutionary and redemptive. Don’t be deterred by the allusions to sex and violence, to racism and homophobia, but settle into the scathing and oddly salvific messages, beyond the brutality of the critique at first glance.

This show is also a kind of seminar in subversive art in general, an example of an emerging voice finding his place in the best lineage in radical graphics. I have not quizzed Jesse on all his influences for this show, but I could not help but to see the exhibit as part of a larger tradition of recontextualizing popular brands for the purpose of rhetorically toppling and mocking their brand management. In this show, I sense a solidarity with the “subvertising” style of the ‘zine scene, made most evident by the Canadian “super zine” Adbusters. Or we could go all the way back to the exuberant fliers, pamphlets, and graffiti of the Situationists (or any of their descendants, like the Zapatistas or the Occupy movement, to only namecheck some).

Cookeville’s own Jesse Filoteo is looking way beyond our small city or college-town-culture with the vision of this far-ranging show, and I am not alone in hoping he takes this show to some galleries elsewhere, in bigger cities, down the road. Cookeville really isn’t ready for this show, and no disclaimer or trigger warning, which the artist and gallery gratefully provided, will protect one from being shocked by this show. I am secretly hoping that at least some of our local folks who don’t “get” what art like this is after, I hope that they see it anyway and experience all the therapeutic discomfort that an experience of this potency might bring.